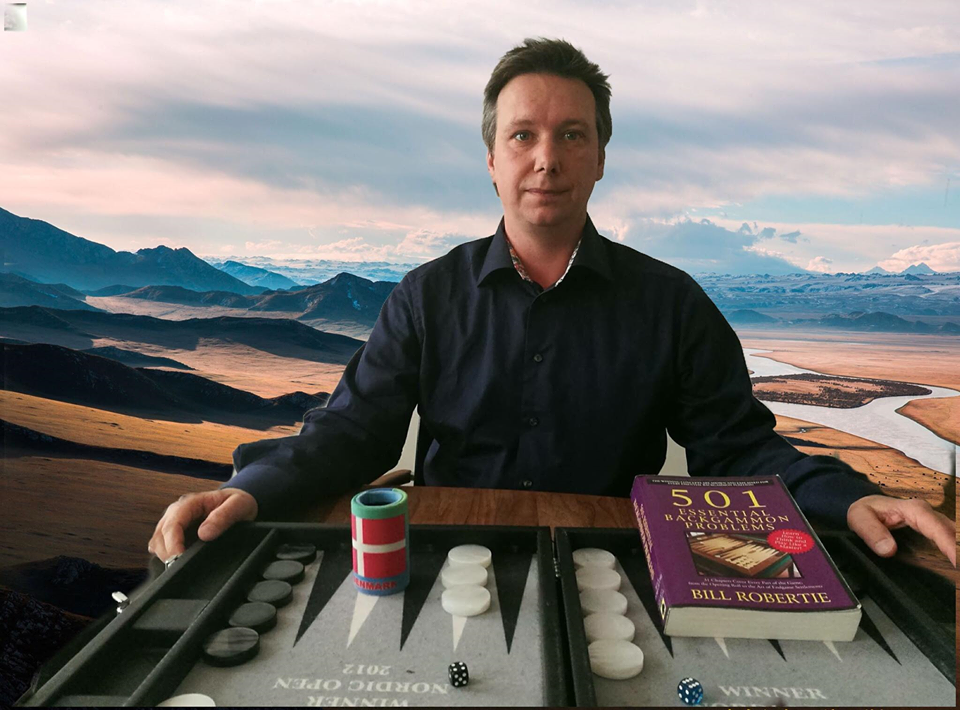 Born in 1972, Thomas Myhr was introduced to backgammon by a friend in 1992 and played for fun as a leisure game. He considered backgammon as primarily a game of luck until he purchased Bill Robertie’s book “501 problems” in 1999. This was an eye opener, that completely changed his view on the game. He bought all the books about backgammon that existed and started to study the theory of the game.

He steadily progressed his skills to become a full time professional online player from 2005-2009. In this period of time he was one of the most succesfull online tournament players, winning numerous events. His notable live tournament victories include Nordic Open 2012, XG Masters 2015 and the Super Jackpot at Nordic Open 2018. In 2013, he was selected to play for Denmark in the annual prestigious DK vs World event at the Nordic Open and remained a regular team member until this event ended in 2016.

In 2018, Thomas Myhr was awarded the prestigious title of Super Grandmaster by the DBGF in accordance with their Norm system. He has played for the Danish National team since 2016, which has achieved amazing results winning the European Team Backgammon Championship 2 times and winning 3rd place twice since the start of this event in 2014. He is currently the 4th ranked player in the WBIF PR-ranking table. His Nickname on GG is ZicoBlack.